Hello February, when did you get here? Wasn’t it just January?

The past month has been rough due to getting sick with the flu twice as well as dealing with my chronic health issues. I’m hoping February will be better and I will be healthier. Right now I am still recovering but on the mend.

There’s so much that has been on my mind lately that I have been praying for. Our young adult group Anthem just finished up a 21 day fast and we celebrated with a Worship Night to end the month of January.

Can I just say the worship was soo powerful and The Holy Spirit was definitely moving last night? As I was worshiping and praying for God to meet me there in the moment because I was feeling empty and like I had no more to give. I needed to be renewed and refreshed.

One of my passions is prayer as you know if you’ve been following me for any amount of time. I’m on the prayer team at Anthem and during worship was a prayer partner. One of the best feelings in the world is being able to come alongside someone else and pray for them and with them.

It was then that something very special happened. As I was worshipping and praying a young woman came over to me. She said that she knew that I’m here to pray for others but she felt like God was telling her to come and pray for me. As she was praying over me and speaking into my life I knew it was from God. She was praying things that there was no way she would’ve known about. I mean I have seen her at Anthem before and we are friends on Facebook but never really have had a conversation. God used her last night and it was amazing. Now I have another friend.

I have other things I want to share with you about what God has been speaking to me but I’m gonna save that for another post. This post was meant to express how much Anthem Worship Night really meant to me. 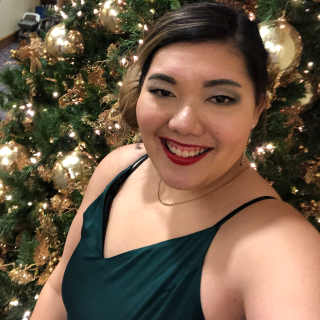 Grace Mae loves Jesus and chooses to live everyday for Him. Her passion is sharing what He has done in her life and continues to do in her life with others. She never misses a moment or opportunity to share her faith or pray with others and that’s why she love’s being a writer. She isn’t perfect and doesn’t pretend to be. Her life motto is One Girl One Life One God which sums up her life perfectly.